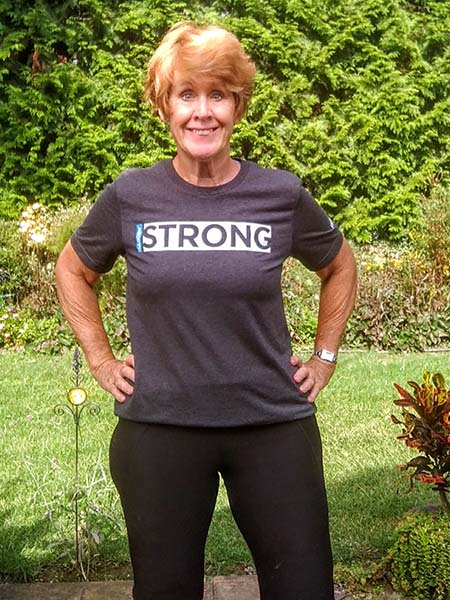 “If you feel like you are missing things, let Audiology Associates explain how you can be helped.”

At first, Nancy had difficulty following conversations, and she often felt left out as a result of her hearing loss.

In particular, “Little voices of grandchildren were difficult to hear,” which left her feeling frustrated and upset.

While she was familiar with hearing aids, her biggest worry was the cost, and it concerned her that hearing aids would be inconvenient to use.

However, when she visited the clinic, Nancy was impressed with the “extremely thorough analysis.”

Since having her hearing aids professionally fitted, it has allowed “better connections with friends and family.”

In addition, it allows the hearing of little things such as the “car blinker, microwave timer, and the TV does not need to be so loud.”

Nancy has one message to others in her position, “If you feel like you are missing things, let Audiology Associates explain how you can be helped.” 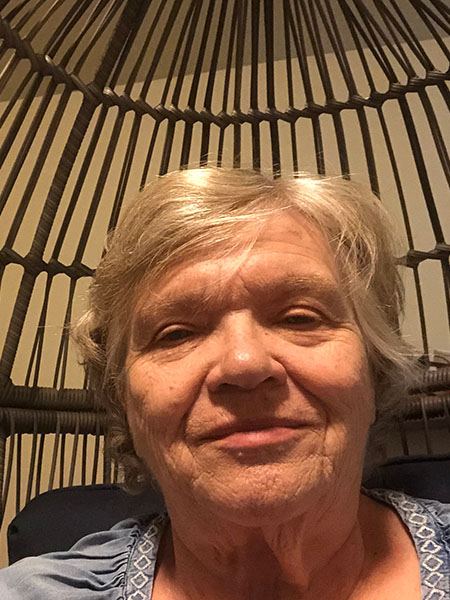 Donna recalls the moment she realized she had a hearing loss clearly. While she could get away with disguising lip reading for so long, when she was in a lab, she was “unable to hear what a nearby lady had described.”

As communication was vital in this type of situation, she often found herself asking others to repeat themselves so that she could comment.

The next step was addressing her hearing loss, which came very easy, as she knew how “professional” the whole team is at Audiology Associates.

Since then, she can “now generally understand speech better.” In the past, she used to mistake words because she couldn’t translate what was being said.

Donna encourages others to take the first step, adding that it’s a “good place to go.”

Donna rates her experience as 9/10. 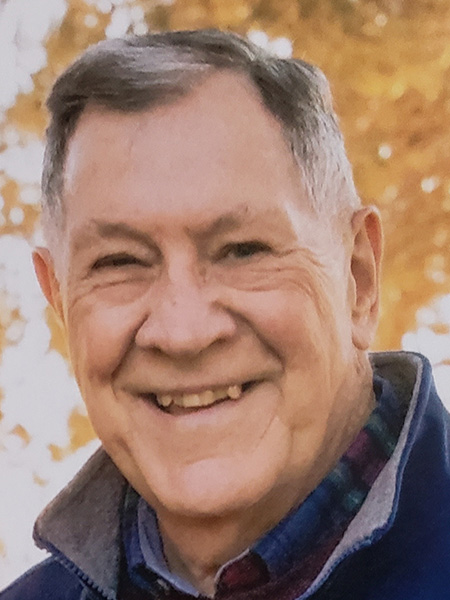 “Do not put off having a hearing assessment. Audiology Associates can perform a painless hearing test and assess if a hearing device is needed.”

With hearing loss affecting his day-to-day life, Dennis first realized he had a problem at work.

He recalls, “I was in a meeting room, seated about 16 feet from the chief operating officer of the company and could not hear everything he was saying.”

By this point, he was desperate for help, as he knew he couldn’t sacrifice his career and got in touch with the team.

First impressions wise, he was most impressed with the “clean, professional facilities with friendly staff.”

He encourages others to book an appointment, adding, “Do not put off having a hearing assessment. Audiology Associates can perform a painless hearing test and assess if a hearing device is needed.”

Dennis rates his experience as 9/10. 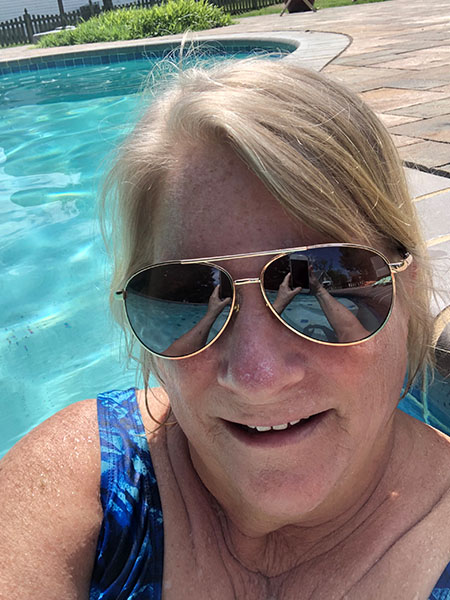 “Go. Just go. Everyone is so friendly.”

Betsy found conversations on the telephone difficult and often had to switch ears frequently. By this point, she started to get worried.

When it came to visiting Audiology Associates, she was extremely impressed, adding, “Everyone is so friendly.”

Since having her hearing aids fitted, she is “not embarrassed anymore” and doesn’t have to ask others to repeat themselves.

Betsy has one piece of advice for others in her position, “Go. Just go.” She rates her experience with Audiology Associates as 10/10.

Hal’s experience with Audiology Associates has been positive, as he was extremely impressed with the “professional” team.

Hearing aids have made his life “more comfortable,” as he can now hear others around him.

Hal encourages others to “Go!!”

“My wife is happy I hear her. At work, I don’t have to ask people to say again.”

As a drummer, Carson’s ears were subjected to damaging decibels on a regular basis. However, it wasn’t until he couldn’t hear his band mates that he realized he had an issue.

With clarity a main concern, he had trouble hearing conversations in busy areas and was always asking others to repeat themselves.

Naturally, he was a little wary before visiting Audiology Associates, as he was concerned that he would need “big, bulky hearing aids sticking out of my ears.”

First impressions wise, Carson thought it was a “relaxing, welcoming, and non-judgmental” space.

What stood out the most was how helpful they were. Carson explains, “They listened to me and gave me a very comprehensive test.

“Then they explained in detail that I could wait for hearing aids. Then I had another comprehensive test and decided that I needed them.”

After receiving his hearing aids, it made “a world of a difference” to Carson’s hearing, as he can “hear so much better.”

Carson’s life has changed in many ways since having his hearing aids fitted and he can now hear his wife. At work, he doesn’t have to ask others to repeat themselves or speak louder.

He rates his experience with Audiology Associates as 10/10.

“Go for it! It will truly enhance your life.”

Like many others with a hearing loss, Brenda often found that she would mishear certain words or sentences, creating some frustrating encounters.

She also found that she needed the TV at a very high volume just to hear. What most concerned her was her inability to respond to an emergency situation, as her hearing loss held her back.

Even so, that she could not hear sirens while driving.

By this point, she realized she needed to do something quickly, and she knew that Audiology Associates was the right place.

First impressions wise, she thought that the team was very “knowledgeable and professional.”

Since having her hearing aids fitted, she couldn’t imagine life without them, as she “puts them in as soon as I get up in the morning.”

Now, she can’t do without them. She adds, “People seem surprised when they learn that I have them because they are so hard to see unless you know they are there.”

Based on Brenda’s 9/10 experience with Audiology Associates, she encourages others to “Go for it! It will truly enhance your life.”

“Go and try. You have nothing to lose.”

Besides the ringing in his ears, Jeffrey got to the point where he couldn’t understand anyone and was desperate for help.

While he wasn’t worried about taking the first step, any worries he had immediately went away as he thought the whole team was very “professional” and clearly understood audiology.

Having his hearing aids fitted has completely changed his personality, as he is now “a happier person.”

Jeffrey adds, “I can hear things that I couldn’t with a great improvement of eliminating ringing in my ears.”

He encourages others to “Go and try. You have nothing to lose.”

“Gave a good deal of time for questions, concerns, and explanation of testing.”

When Mary first realized she had a hearing loss, her first worry was if it was treatable or if her chances were skewed.

Luckily, she left her ears in the hands of the team at Audiology Associates, who “gave a good deal of time for questions, concerns, and explanation of testing.”

“They definitely helped me.”

Often feeling left out, Mary got to the point where she “couldn’t understand conversations with people with soft speaking voices.”

What initially concerned her was the cost of “hearing aids.” However, when she visited the clinic, she knew she was in the right place.

After meeting Dr. Anne only once, she thought that she was “very helpful and acted like she cared about me.”

Since then, she has had hearing aids for 5 years now, adding, “They definitely helped me.”

Mary encourages others to “Get your hearing checked – it is much better to wear hearing aids than not hear people you love.”

Based on Mary’s experience with Audiology Associates, she rates us as 9/10.

“Give it a go! Be patient. The technology and the skills are there to assist you in improving your hearing.”

Truthfully, her hearing aids took some time to adjust to, but now she can’t go a day without them and feels “funny if they aren’t in my ears.”

Looking back, she couldn’t imagine life without her hearing aids and finds that she is much more relaxed in social settings.

She encourages others to visit the team at Audiology Associates, adding, “Give it a go! Be patient. The technology and the skills are there to assist you in improving your hearing.”

“Call and make an appointment. I’ll go with you if you want.”

While Robert understood he suffered with a hearing loss, he assumed that “nothing could be done to help me hear better.”

Out of curiosity, he booked an appointment to see what could be done and it took him by surprise.

Since then, he can hear better in almost any circumstance and is “so glad I sought help.”

What made the process so easy was how accommodating the team was, as the “audiologist asked pertinent questions, was warm and reassuring.”

Robert adds, “Call and make an appointment. I’ll go with you if you want.”

“Check it, try it, and then believe it!”

Hearing loss is something Gajanan has had to deal with for a long time, so, inevitably, his memory of when it first began is hazy.

While Gajanan understands that the first step to better hearing isn’t always easy, he encourages others to “Check it, try it, and then believe it!”

He rates his experience with Audiology Associates as 10/10.